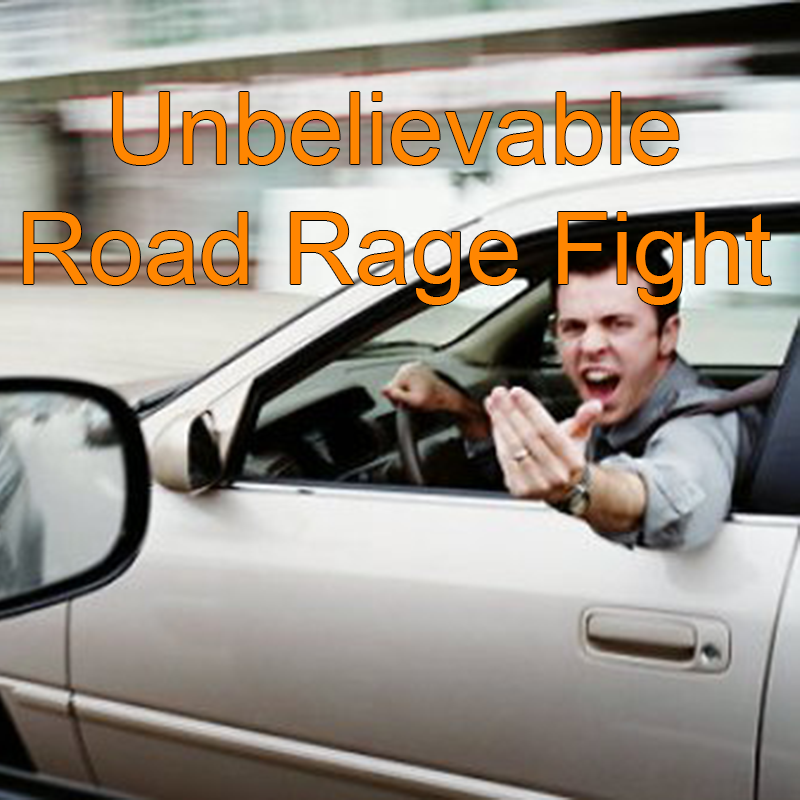 In this video there was some serious road rage at play. We are not sure what happened in the build-up to this incident that angered the people in front but it is evident they were not having a good day. Unfortunately for them, they chose the wrong guy to mess with and their day soon got a lot worse.

The driver of the front car stopped, got out of his vehicle and walked to the boot removing a bat. With the bat in hand, he marches to the car behind him and appears to tell him to get out of his vehicle, when the driver does not, he begins hitting the vehicle.

Understandably enraged at the fact he was threatened and that his vehicle was being damaged, the owner bravely, or stupidly, decides to get out of his vehicle and confront the attacker. The attacker swings the bat, whilst the would-be victim ducks and dodges throwing a punch which connects sweetly with his attacker sending him sprawling into the buses. With the volume up you can hear the moment the punch connects, ouch!

After seeing his friend get knocked out, the driver of the car joins the fray. He doesn’t stop to check on his acquaintance in the bush but instead heads in for round two. After tackling each other into the vehicle, some jostling follows. Until the would-be victim decides to call it a day and executes a sleeper hold to see the second attacker off.

This is definitely a case of instant karma!